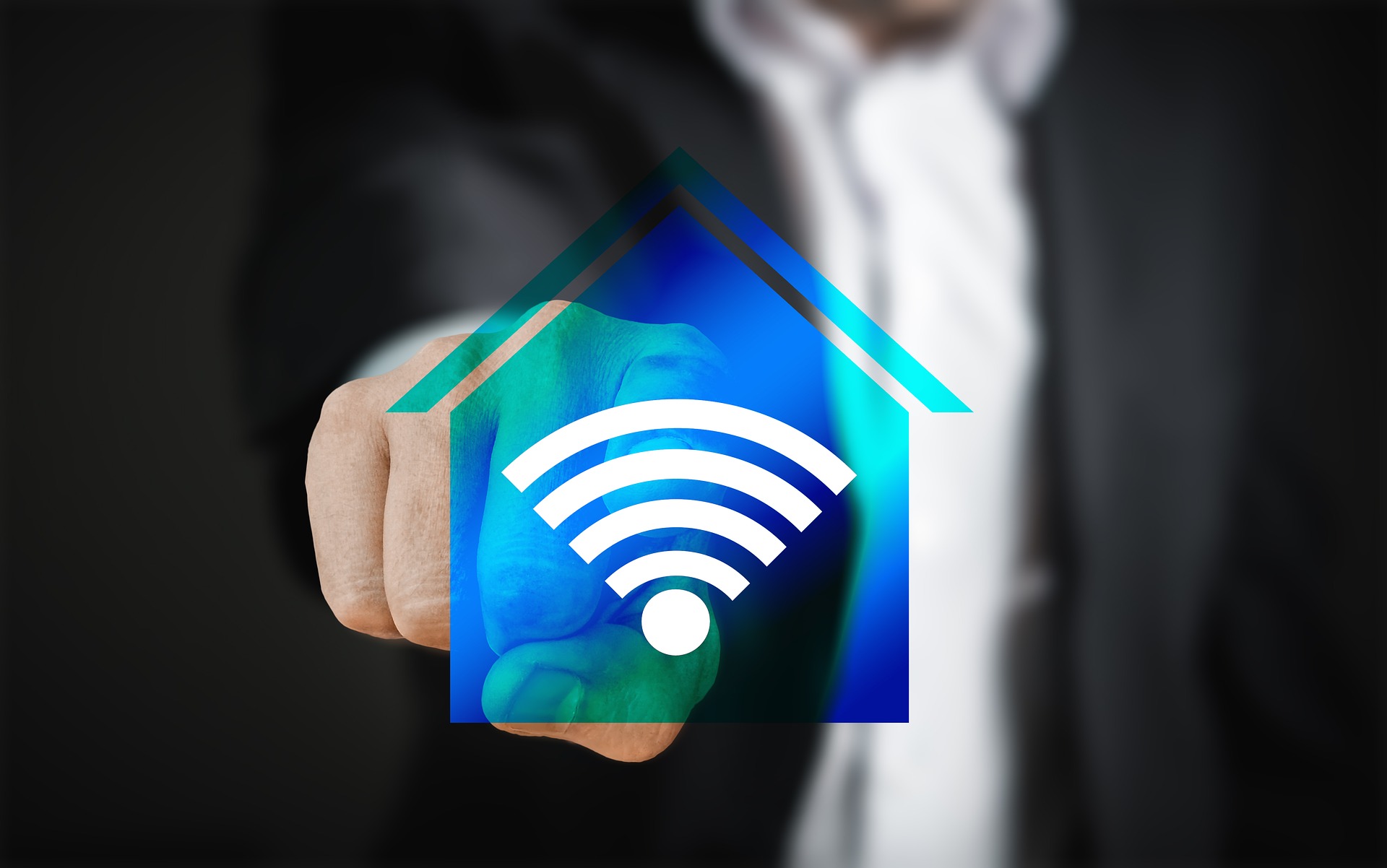 The future of smart homes is here and it’s called automation. Automated homes where everything is controlled by your voice used to be resigned only to sci-fi movies, but in the last couple of years, there have been so many new products released that are making it a reality. A fully automated home combines different products, which are all interconnected, to create a house that you can control easily, sometimes even remotely from your phone. Some of these products can even sense temperature, light, movement or sound and react automatically to it.

It can all sounds a bit scary at first (hello the Jetsons), but this is the way that smart living is moving and it's set to make life so much easier for us all. If you’re ready to embrace the future and start automating your home, but you don’t know where to start, here are the basics you need to know. 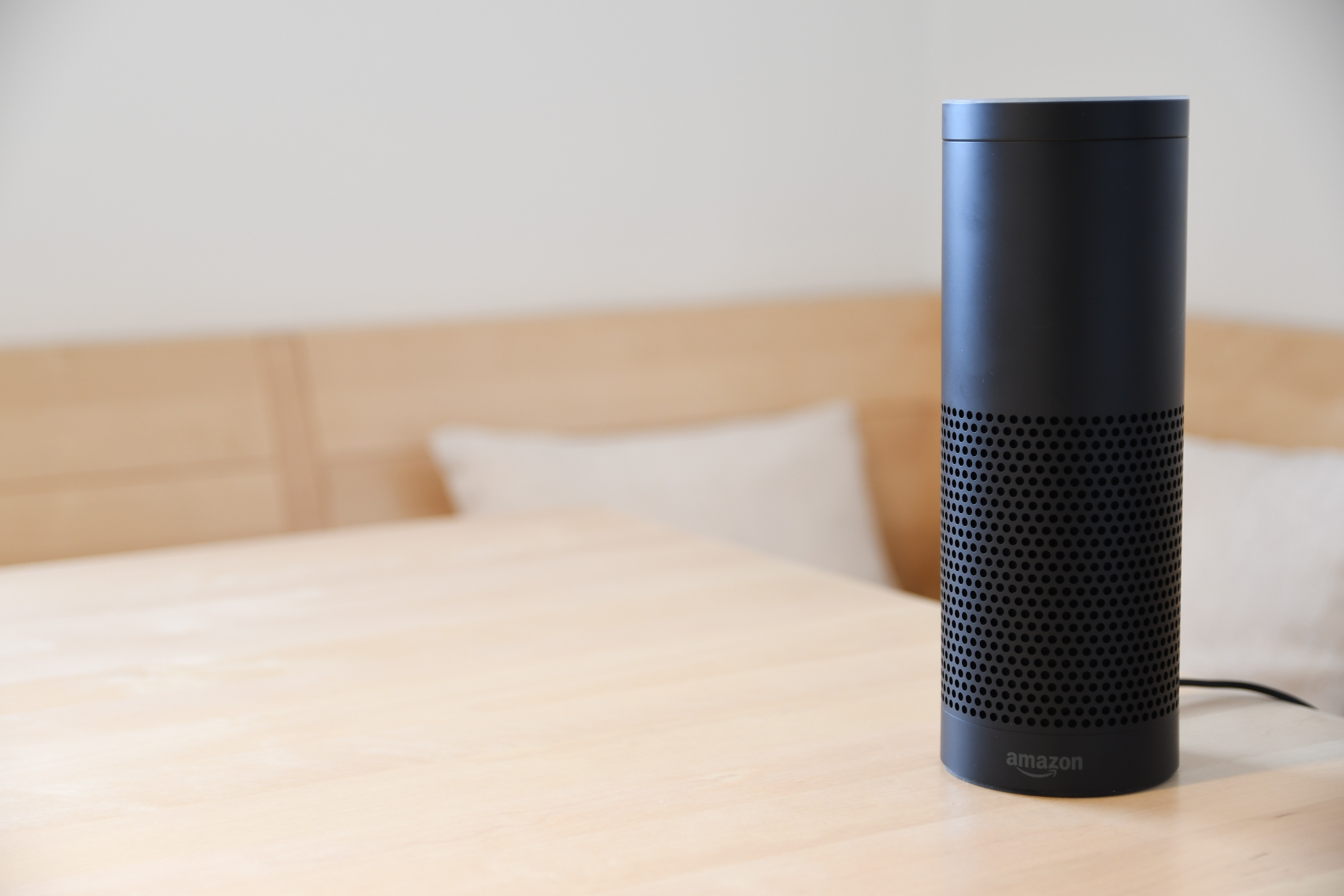 The first thing you need to decide on is the automation controller you’re going to use to give commands to all of this new tech. There are a couple of different options out there which are quite similar in most respects but do have their differences that can help you decide which is best. The Amazon Echo and the Google Home are the two biggest ones on the market right now but Samsung and Apple have recently released their own versions as well.

The Amazon Echo Dot, the smaller version of their original model is the cheapest option, so it’s often best for people that are just starting to get into home automation. It’s around $50 and, although it doesn’t have the speaker that you get on the more expensive version, it can still control all of the same home automation devices.

The Google Home Hub, costing around $130, is cheaper than the full price Amazon Echo. The basic functions aren’t much different and when it comes to controlling home automation, you can’t really separate them. However, the Google Home hub has a better internet search function and it can be linked to their Chromecast to play things through the television so it depends how much online searching you want to do on it and whether you’ve already got any Google products.

The Apple Home Pod has the best speaker of all the automation controllers on the market but that’s pretty much all it has going for it. It doesn’t have nearly as many features as the Amazon or Google ones and linking it up with home automation products can be a bit tricky. It’s also way more expensive, costing around $350.

The Samsung Smart Things is cheaper than the other 3 at just under $100 and it can link to more home automation devices than any other voice controller. While the process of actually linking it up can be a bit confusing, it works fine once you get to grips with it.

Overall, the Samsung is probably the best all rounder but the Google and Amazon offerings are good as well.
Now that you’ve sorted your home automation controller, you can start looking into the home automation products available to you. 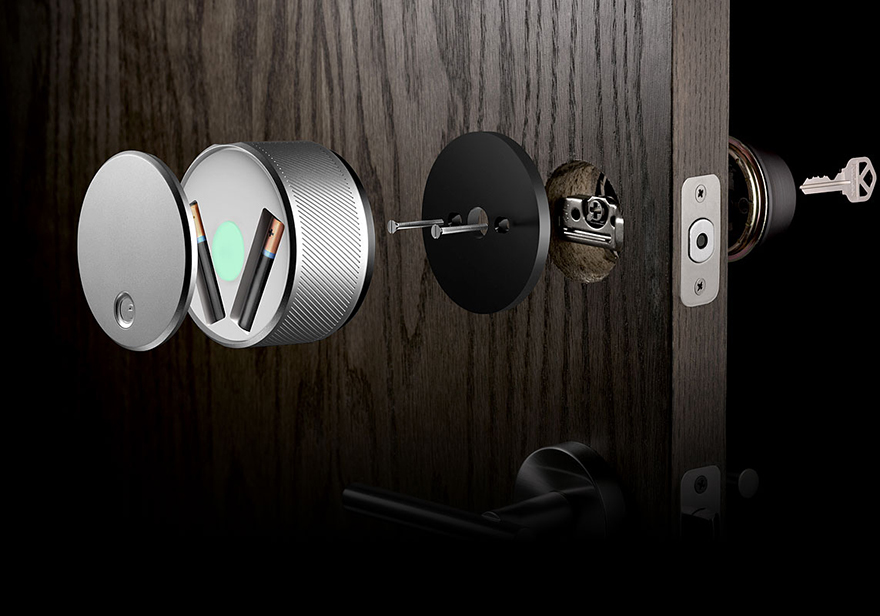 Ever wished you had a butler to open doors for you wherever you go?! Wish no more. First up, it's no big secret that garage door motors can be fitted relatively easily so you don’t have to bother getting out of the car to open it. You control this one with a simple remote that you keep in the car rather than your home automation systems.

Inside the house, you can install smart locks on all the doors which make the house safer and ensure that you’ll never forget to lock the doors again. The best one on the market is the August Smart Lock. It’s got a pretty futuristic look to it and it has some amazing features too. You can remotely lock the door from your phone wherever you are. You can even set up a proximity lock so the door will automatically lock once your phone is a certain distance away from it. That means you can leave the house without even thinking about it and the door will just lock on its own, and unlock automatically when you get home. You can also set up virtual keys for friends and family members so they can come and go when they please and there’s an activity log so you can see who’s been to the house.

A lot of the smart locks on the market need a lot of extra wiring and professional to install but the August Smart Lock can be put in place easily without having to wire it up, and it works with your existing deadlock as well so there’s no hassle. Smart.

Smart door locks are great for security but if you want to make your house even safer, you could put some smart cameras in as well. You can get some great cameras that you can view remotely from your phone whenever you’re out of the house. This is perfect if you’re worried about security because it just gives you peace of mind.

The Netgear Arlo is the best set available at the minute because it looks stylish and it’s not too big, and it has plenty of great features. You’ll spend about $80 on the cameras themselves and then a $6.50 monthly subscription for somebody to monitor the cameras for you. They’re waterproof and wireless and they even have a good night vision function so they’ll capture everything. You can still use them without a subscription but you won’t be able to store more than a week’s worth of footage.

Doorbell cameras are another great security feature if you’re worried about potential unwanted visitors. You can check who is calling before opening the door and record any interactions that you have. They’ve also got a great audio feature so you can speak to the person without having to open the door to them.

Indoor cameras are available as well if you’ve got young children or perhaps elderly relatives that you want to keep an eye on. The latest version of the Amazon Echo Dot does have a built in camera but you’ll end up spending a lot more money putting one in each room. You’re better off just getting the one voice controller and buying a set of smart cameras instead. 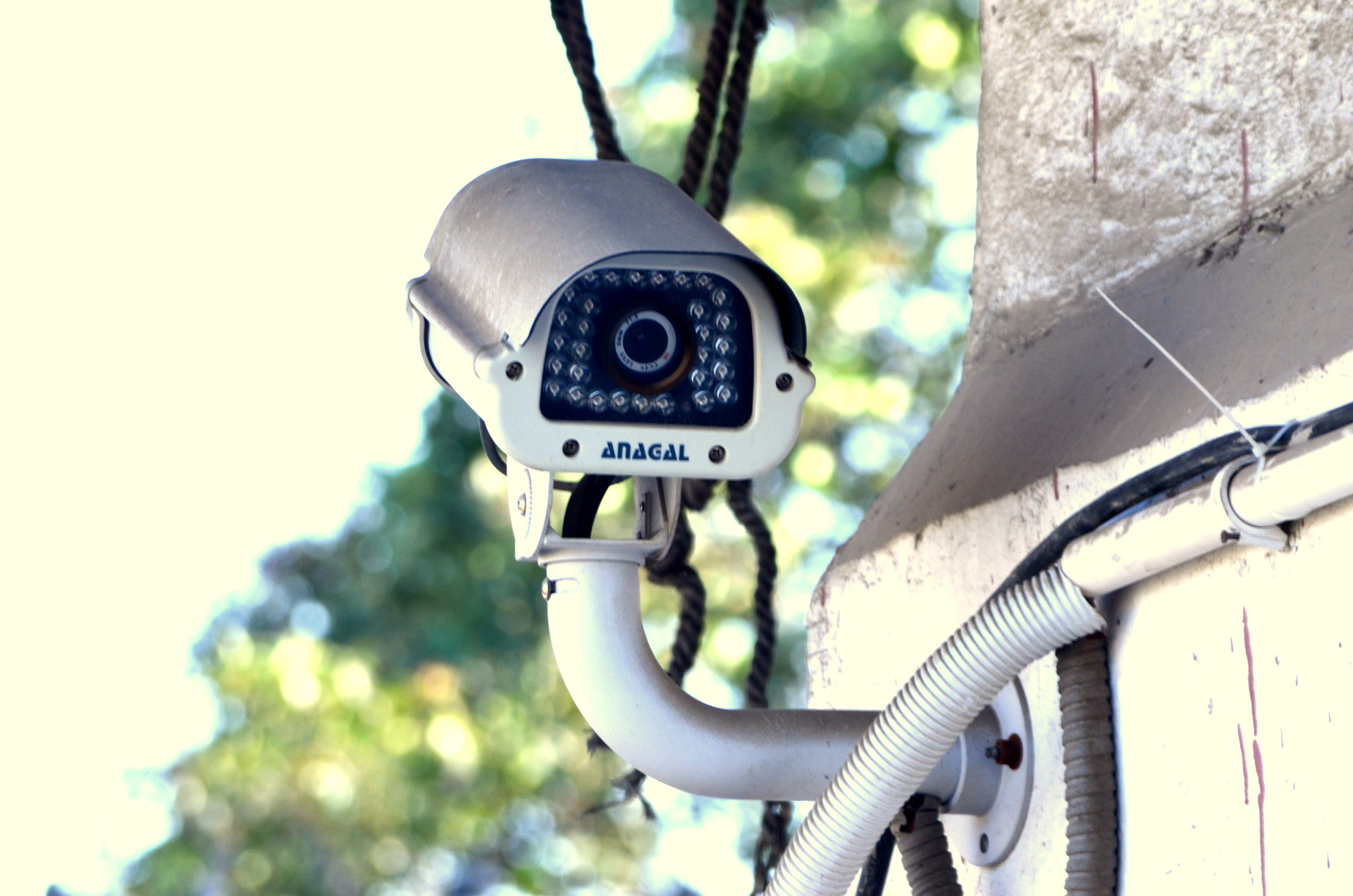 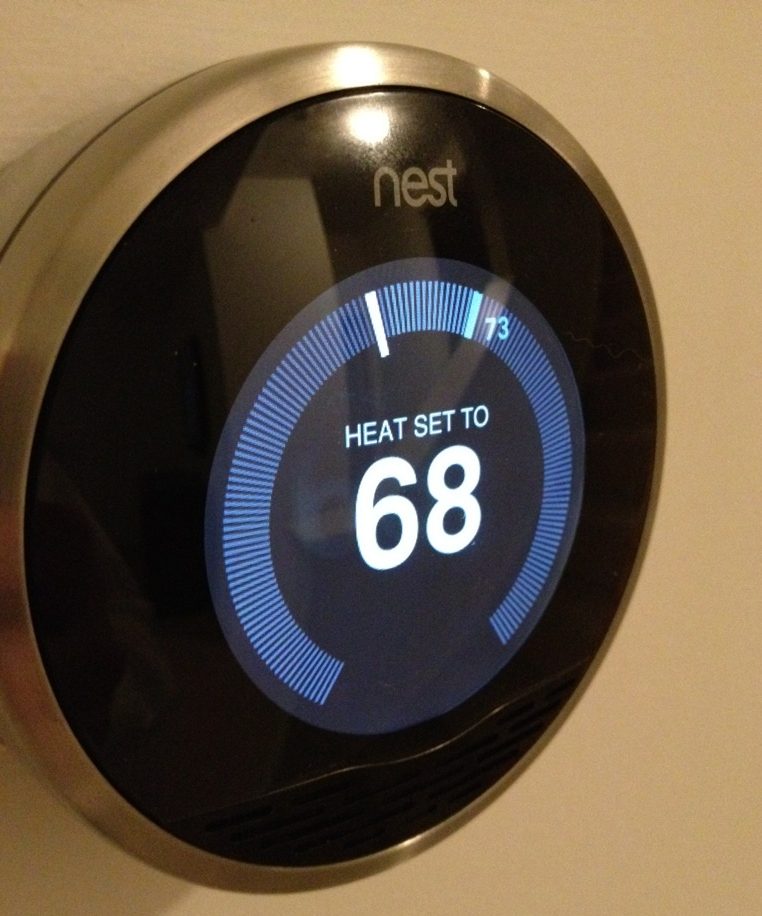 The revolution in home automation was started by thermostats that let you control them remotely by phone or voice. They became so popular because they make life easier and more importantly, they’ll save you a lot of money.

Nest was one of the first companies to pioneer the smart thermostat and their latest model is still probably the best. It has the same functions as all of the other ones, being able to change the temperature by asking your voice controller etc. but the thing that sets it apart is the learning function. It saves all of the information on what temperatures you set it to at what times, so after a couple of weeks it will create a heating schedule for you and automatically adjust the temperature so the house is always just the way you like it. It takes a couple of weeks to start working properly but after that, it’s perfect. It also has some great sensors so it can tell whether anybody is in the house or not, and you can set it to turn off automatically when you’re out. It can potentially save you a small fortune because you’ll never be able to accidentally leave the heating on again.

Smart lighting was another early breakthrough in smart home technology and you can use it to immediately change the atmosphere in the house. You might be a bit taken aback at the price of the light bulbs initially but it’s worth remembering that they’re LED light bulbs that use way less electricity and last a lot longer than your traditional light bulb.

The best start set on the market right now is the Philips Hue set. It’ll cost you around $120 for 3 bulbs and the controller which can be linked to your voice automation controller but you’ll make that money back in energy bill savings over the next year or two. As well as being able to turn lights on and off with your voice or an app on your phone, you can also change the colour. The colours are on a sliding scale so, in effect, you get over 16 million colour choices. The light bulbs can be linked to other functions on the voice automation systems as well which is a great feature; for example, you can set a timer and when it goes off, the lights will flash a different colour. You’ll never leave anything in the oven too long again. 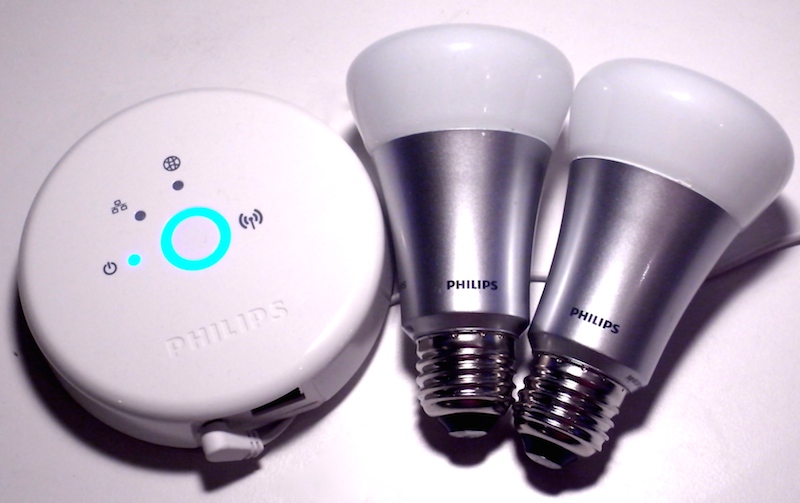 All this smart stuff can be pretty expensive to install but it will save you a lot of money on your energy bills in the long run and increase the value of your home, so it’s a worthwhile investment definitely worth considering soon.

What automation have you embraced?
Coffee machines, toilet seats, word processing and cooking...this list is ever growing and exciting!
Share your favourites in the comments below.